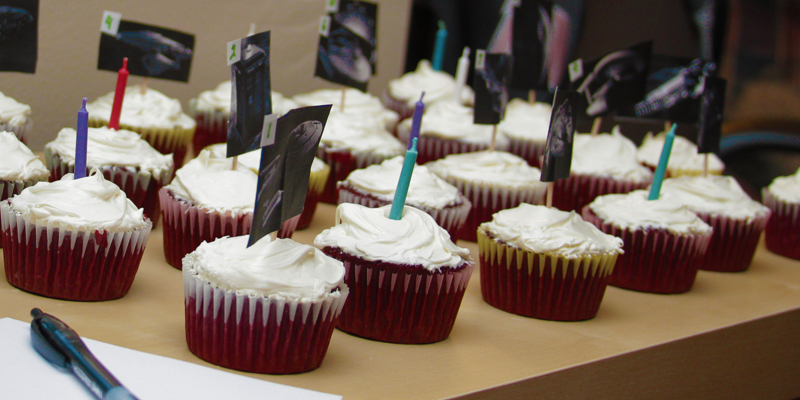 How to Throw a Geek Party
by Natalie Atwell

Now that you have been learning a little more Geek lingo, you may be ready to venture further into the culture. A good way to be involved in a culture is to make friends with members of the culture—and what better way to make friends than throw a party! The Untold Staff has done some research and testing and we have some tips to help even the most noob of noobs throw a great Geek Party.

Step One: Theming All the best parties have themes. Beginner geeks can pick a simple theme like a Magic: The Gathering Card Night or a classic Nintendo teatime. Be sure to pick something you are familiar with because the best host is a knowledgeable host.

Step Two: Geeky References There are many ways to throw a successful Geek-Friendly party, but we’ve found that a key component to success is to involve as many obscure sci-fi references and insider jokes as possible. If you don’t have a strong emotional reaction to the statement “Han Shot First” or a good "You shall not pass!" Gandalf impression, you should probably brush up on your geek knowledge. There are only 10 types of people in the world, after all.

Step Three: Snacks Every party needs snacks and geeks can generally be pleased with caffeine and bacon. We also suggest themed desserts such as cookies in the shape of ninjas or cupcakes decorated with companion cubes. The secret is to be creative.

Step Four: Games This part is easy. Geeks by nature love all games. So whether you set out UNO, Munchkin, or Settlers of Catan, you can count on your geeks to quickly engage. If you find a lull in the conversation, you can also bring up obscure match-ups of cross-genre characters. (Captain Kirk vs. Darth Vader? Cthulhu vs. a Blade Runner? The Incredible Hulk vs. Saruman?)

So how did you do it, Untold Indy?

Well, we are glad you asked. We knew you would, so we took advantage of Lead Web Producer David’s birthday earlier this month to throw our own Awesome Geek Party.

For our theme, we chose a Mystery Geek Party. Everyone picked a geeky character and adopted that personality for the evening. We didn’t tell David, though, that this is what we were doing until everyone showed up. It was then his job to try and correctly guess who had come to his party and hand out name tags. Some of the guests included Amy Pond, Captain Malcolm Reynolds, Daniel Jackson, and Pavel Andreievich Chekov. For party ambiance, we created a playlist of various geek television and movie theme music. The guests appreciated it when their theme song was played. 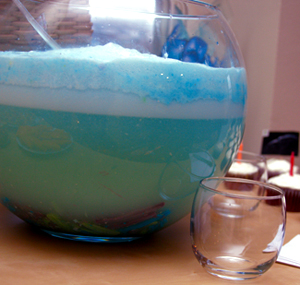 For geeky snacks, we created Wibbly-Wobbly, Timey-Wimey TARDIS Punch and we also set out an entire bowl of Star Wars fruit snacks. We spent a lot of time considering how to address the all-important question of the birthday cake and eventually decided to tie geeky snacks in with geeky games. We printed out pictures of twelve starships from different science fiction franchises and challenged our guests to correctly identify each one with bonus points for naming the television show associated with ship and the captain of each ship. Scores to this game determined the order in which cake was served. Despite our best efforts to be tricky, David scored a perfect 36 points at this game.

For other geeky games and entertainment, we played Pin the Bowtie on the Doctor. We had two successful placements of the bowtie at the neck and an honorable mention to David who placed his oh-so-prettily in the Doctor’s hair. Our piece-de-resistance, though, was our Red Shirt Shooting Gallery. We kept this a surprise until the very end and fun was had by all to take out all those expendable red shirts while barely missing the less expendable blue and gold shirts. 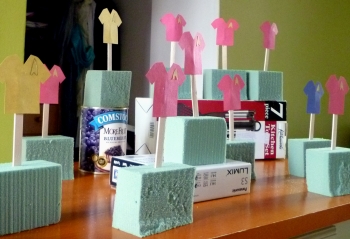 Overall, we felt it was a triumph; huge success. Check out our Facebook Page for more party photos and to tell us what you think would make a good Geek Party.