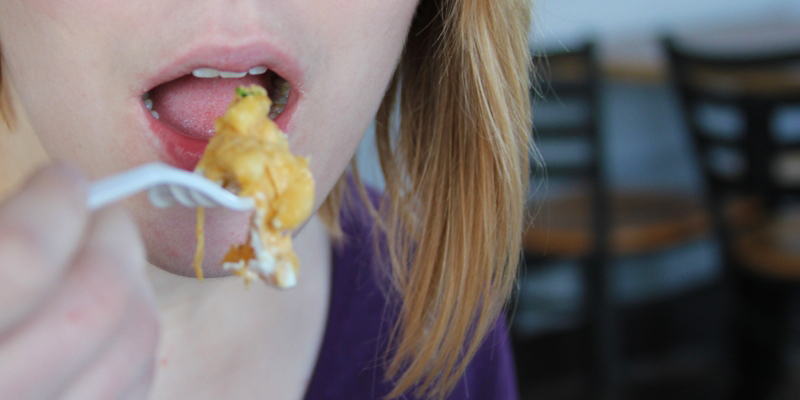 It was an unassuming day at IUPUI when we first approached the Mac Genie, Indy’s own gourmet macaroni and cheese food truck. The lunch rush had passed and so we had no line to fight while we looked over the menu board posted on the door. There were a few intriguing options, but we chose the Genie: described by the board as creamy, classic mac made with cheddar and jack topped with bacon, chives, and sour cream, though we were initially suspicious of sour cream on our macaroni. We paid our $7 and only had to wait about three minutes before we were handed a steaming container of classic comfort food with a beautiful presentation of sprinkled bacon and drizzled sour cream with a small breadcrumb and parmesan crustini on the side.

To be honest, we didn’t have high expectations for our meal. It was not that we doubted the quality of the Mac Genie. We simply felt there was only so much to do with macaroni and cheese. Our first bite, though, was transcendent and instantly changed our opinion. Perfectly melted cheese and tender pasta with a surprising hint of seasoning. Do we detect nutmeg? We quickly returned our fork for a second bite and a third, finding ourselves addicted to the sharp and creamy taste of cheddar jack cheese. Before long there were only a few bites left and it became a battle of will. What had initially seemed a modest portion proved to be more than filling and even though our stomachs felt full, our taste buds craved more of those cheesy sensations. In the end, we decided that all our meal needed was a side salad to help round it out so we could justify all those delicious carbs. But it’s alright Mac Genie; we were actually lapsed into a pleasant food coma before we even remembered to think about vegetables.

Want to learn more about Mac Genie and life on a food truck? Read about when we went inside. 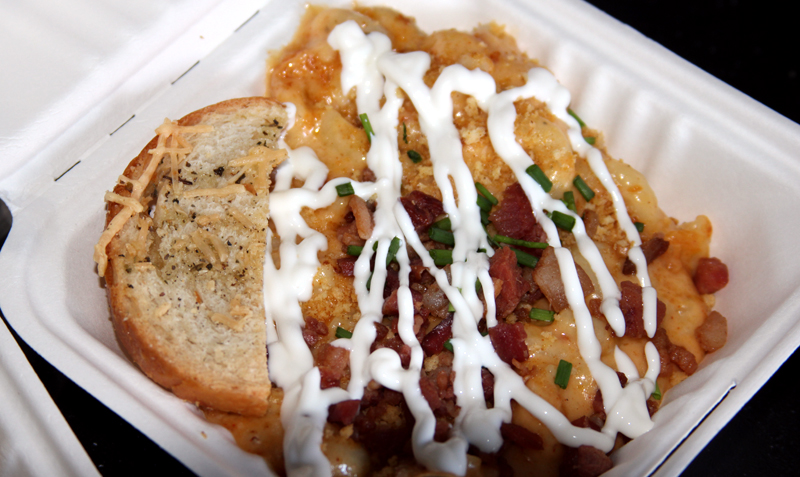